May, 31 2015 / By Lazydays - RV Tips
When buying an RV there are many options to influence your decision. From gas to diesel, wooden or tile floors, conventional or residential refrigerators, the choices can seem endless. One…

When buying an RV there are many options to influence your decision. From gas to diesel, wooden or tile floors, conventional or residential refrigerators, the choices can seem endless. One of the many things to consider is where the main door to enter and exit the motor home is located. However, that choice has already been made by the manufacturers in most cases.

On most motor home models, the door placement is determined by whether it is on a gas or diesel chassis. On a gas chassis the doorway is in the middle, because the engine is up front. On a diesel, the engine is on the back of the chassis, so most manufacturers place the door up front. There are only a few gas models with mid-way doors and no gas models with front doors.

Recently, we asked residents at the Lazydays Tampa resort to weigh in on their preference for the entryway. Most agreed that the middle entry of the gas chassis floorplans was more limiting than the diesel front-door plan.

Nate and Kate Deaton, of Jacksonville, both say they prefer the front door of their Fleetwood Providence, but it does make some things more cumbersome.

“I like the front, because it makes the interior bigger,” says Nate. “When we have a cooler or something, the front seat does get in the way.”

Kate says she also doesn’t like that everyone who enters and exits has to go in front of the passenger seat.

For William Fernandez, who owns a Coachman Aurora, he longs for a front door. He says that his middle door is too narrow and does admit that he would have better use of his floorplan with the door in the front. The entryway of his motor coach is between a chair and the side of the sink cabinet. The snug 27 inches makes it difficult to load items.

Unlike Fernandez, Kevin Garbin, of Cape Canaveral, also owns a gas RV, but loves the layout of his Allegro Open Road. The entryway is located directly behind the passenger seat.

“You actually enter into the center of the living room environment,” Garbin says. “Sometimes when I’m trying put a cooler inside, the cooler is about the same width as the door,” he says. “So, if I’m not careful, I could end up scraping my hands. If I turn it the other way, it’s more of a strain on my back.”

Despite their likes and dislikes for either entryways, all the RVers are happy with their choice to how they travel to see the country and accept the obstacles presented by the entryways. 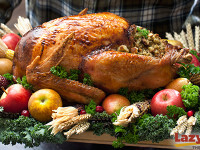 Although Thanksgiving is mostly about spending time with family and friends, the delicious foods served on this holiday are definitely something we all look forward to. And despite turkey’s role… 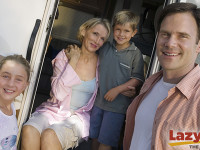 5 RV Security Tips on the Road

Keeping Your Family, Possessions, and RV Safe RVing is about enjoying the RV, your friends and family, and the open road. You don't want to worry about the negative or… 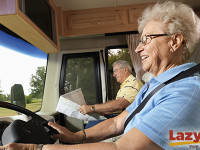 How to Safely Drive Further Each Day

Although every RVer will tell you that RVing is just as much about the journey as it is the destination, sometimes you just want to put as many miles on… 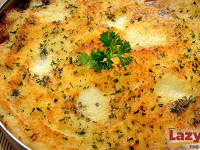 Fall is here and it brings with it a host of seasonal ingredients and flavors. As the days cool and shorten, certain recipes bring a particular warmth and comfort to…