Give Me 5: Top 5 Gulf Beaches in Tampa Bay Area

July, 20 2012 / By Lazydays - Road Trip Ideas Archives Family
Here are our five favorite Gulf beaches in and around Tampa Bay, all conveniently located within an hour-and-a-half drive of the Lazydays RV Campground. 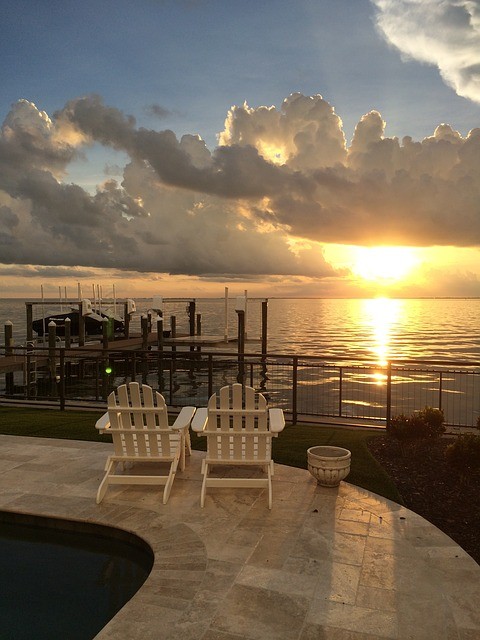 There's no shortage of beautiful beaches in Tampa Bay and the surrounding area, which means that when you stay at the Lazydays RV Resort, you're never far from a beautiful beach destination. Area residents and return visitors likely have their own favorite beaches, so don't hesitate to ask your campground neighbors or Lazydays staff members for their recommendations. You won't have to look hard to find your own little slice of coastal paradise.

Here are some of our favorites:

Sarasota’s Siesta Key Beach was named “America’s Best Beach” in 2011 by Dr. Stephen Leatherman — better known as “Dr. Beach” — a Florida International University coastal scientist who has published his annual rankings of the nation’s beaches for more than 20 years. More recently, it claimed the No. 2 spot in TripAdvisor’s Traveler’s Choice 2013 rankings of the best beaches in the United States. Among the Gulf beaches in Tampa Bay’s vicinity, Siesta Key stands out for its quartz-crystal sand, which stays cool even on the sunniest days. The clear, warm water is shallow near the shore and lifeguards are on duty year-round, making this an ideal, family-friendly beach. The website Family Vacation Critic concurs, ranking the beach among its top 10 for several reasons: “The Gulf’s calm waters won’t intimidate young children, and may even provide a glimpse at playful dolphins swimming just off the coast. Not only is the sand super soft, it borders the most gorgeous emerald green water you’ve ever seen.” It also happens to be one of the few no-smoking beaches around, so leave your cigarettes and cigars in the car. You’ll find top-notch dining and shopping opportunities at both ends of Siesta Key and in Sarasota. A few non-reserved RV parking spaces are available.

Getting There: From Lazydays, follow I-4 West to I-75 South. Take Exit 205 (FL-72 West) toward Siesta Key/Sarasota. Turn right on Midnight Pass Road/FL-758, which becomes Beach Road. Make a U-turn to reach the beach.

Travelers ranked St. Pete Beach No. 1 in the United States in a 2012 survey by TripAdvisor, which described it as “a postcard-perfect seaside destination” with “sugary-white sand, dolphins frolicking just off shore and eight major barrier islands.” St. Pete Beach is home to the world-famous Don CeSar Beach Resort and Spa, surely the country’s most famous pink hotel. It also boasts a number of classic Florida seafood restaurants such as Frenchy’s and The Hurricane, allowing you to conduct your own personal grouper-sandwich taste test. Drive or stroll through the picturesque village of Pass-a-Grille and you’ll soon be plotting a permanent beach residence. (Pass-a-Grille was named in the 2013 TripAdvisor Traveler’s Choice awards — one of several Gulf beaches in Tampa-area locales to make the prestigious list.) The main drag is crowded with hotels, restaurants (both chain and local) and gift shops, but all that seems a million miles away when your toes are in the sand, the sun is on your shoulders and your ears are filled with the sound of seagulls and softly lapping waves. RV parking, for vehicles 30 feet in length or less, is available in all metered public lots. Parking on residential streets is forbidden.

Getting There: Follow I-4 West to I-275 South. Take Exit 23B (FL-595 West) toward US-19 South/Treasure Island. Turn left onto 66th Street North/US-19A Alt. South and follow to Boca Ciega Drive. Take a right on Boca Ciega.

One of the best-loved Gulf beaches in Tampa/St. Pete, Fort De Soto Park is yet another award-winner, ranked No. 1 by “Dr. Beach” in 2005 and by TripAdvisor in 2009. It was also recognized by PetVR.com as the nation’s top Dog-Friendly Beach in 2012, and maintained the No. 2 slot for 2013. In addition to nearly three miles of soft white beaches, Fort De Soto offers a designated dog park where you and your canine pal can frolic in the sun and sand. Made up of five interconnected islands — Mullet Key, St. Christopher Key, St. Jean Key, Madelaine Key and Bonne Fortune Key — the park spans 1,136 acres. It’s popular among birdwatchers, with 290 species of birds documented here, as well as nature-lovers in general, with native plants, mangroves and a refuge for loggerhead turtles, which nest here between April and September.

History buffs will find much to interest them, as well. Originally called Fort Dade, the fort was built to protect Tampa Bay during the Spanish-American War. Confederate General Robert E. Lee (then a young Brevet Colonel) visited the island in 1848 as part of a U.S. Army Corps of Engineers surveying team. During the Civil War, Fort De Soto was set up as a blockade by Union troops; it later served as a bombing range during World War II. Fort De Soto was added to the National Register of Historical Places in 1977. RV parking is available for day-trippers, while the on-site campground offers water and electrical hook-ups.

Originally known as Hog Island, Honeymoon Island acquired its current moniker in 1939 when a developer built thatch-roofed bungalows to attract newlyweds. Today, Honeymoon Island State Park is a boon for nature-lovers, with one of the last virgin slash pine forests in South Florida as well as osprey nests, lots of shorebirds and mangrove swamps. A 2.5-mile nature trail winds through the island, giving hikers a sense of Florida in the days before humans set foot on its shores. Fishing and snorkeling are popular here, and the beach is especially rich in sea shells. Kayakers can paddle to Pelican Cove, and a playground offers fun for little ones who get tired of building sand castles. An elevated observation deck allows visitors the opportunity to watch wading birds around the St. Joseph Sound seagrass beds. RV parking is available at the north end of the beach.

When choosing between Gulf beaches in Tampa and neighboring areas, visitors often gravitate to Anna Maria Island for its quiet charm. This seven-mile stretch encompasses three small towns: Anna Maria, Holmes Beach and Bradenton Beach, north to south. Entering the island produces an undeniable sense of getting away from it all. Even though Tampa is just an hour away, Anna Maria Island feels like another Florida entirely — one that’s wonderfully devoid of hustle and bustle. The pace is slow, with plenty of shops and eateries in which to take a break from the sun. Several marinas accommodate boaters ready to spend the day fishing or scuba diving. There’s fine dining at Sign of the Mermaid, and great grub at Duffy’s Tavern, recognized by USA Today as one of the country’s top 10 “Hamburger Heavens.” (Bring cash, since Duffy’s doesn’t take credit cards. And don’t even think about asking for french fries; this is strictly a beer-and-burger joint.) The island’s narrow roads aren’t built to accommodate RVs, so bring your bicycles and park at one of two campgrounds along Cortez Road, which leads to Bradenton Beach.

Getting There: Follow I-4 West to I-75 South. Take Exit 228 onto I-275 toward St. Petersburg. Take Exit 2 for US-41 South toward Palmetto/Bradenton. Turn right on Manatee Avenue West/FL-64 West. From Manatee, turn right onto Gulf Drive, then right onto Marina Drive. (If you’re driving your RV and need to park at one of the campgrounds along Cortez Road, follow the same directions to Manatee Avenue; from there, take a left onto 75th Street West and then a right onto Cortez.)

Stop by our Lazydays RV Tampa dealership to experience 126-acres of new and used RVs, our RV Accessories & More store, 234 RV service bays and our very own luxury RV Resort. 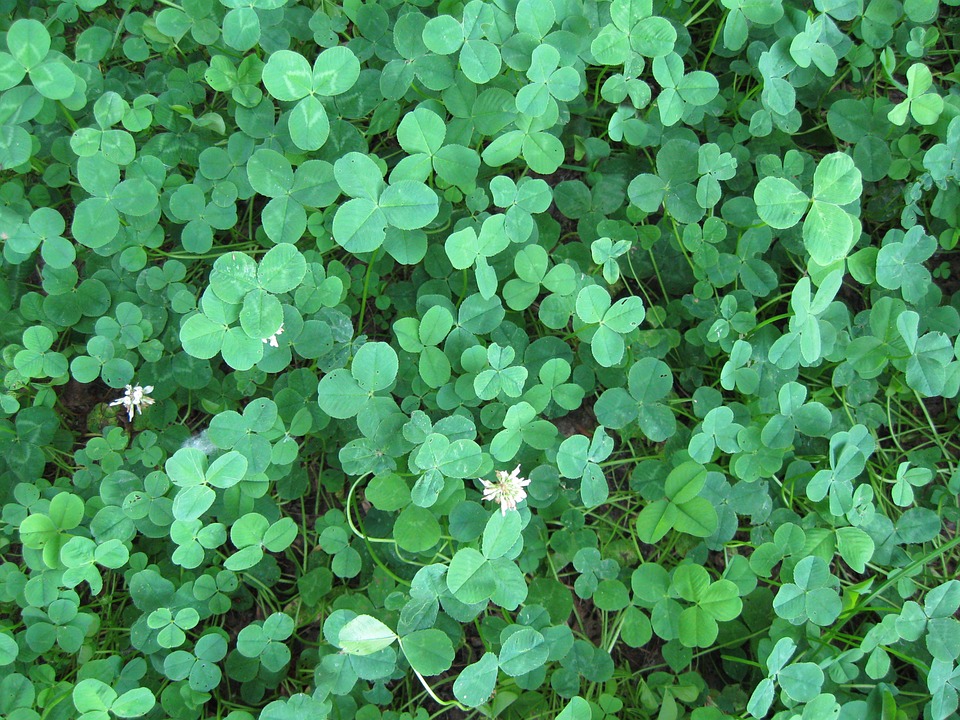 St. Patrick’s Day is fast approaching. Instead of donning your favorite all-green outfit this year, why not celebrate by going green and adopting a more sustainable lifestyle on the road? Don’t know where to start in adopting a green RV lifestyle? Here are a few simple RV life hacks that will ensure that your motorhome or travel trailer leaves behind a minimal carbon footprint.

Give Me 5: Top 5 Gulf Beaches in Tampa Bay Area

Here are our five favorite Gulf beaches in and around Tampa Bay, all conveniently located within an hour-and-a-half drive of the Lazydays RV Campground. 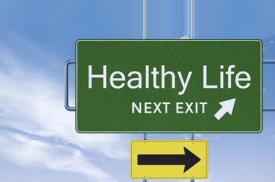 Staying Healthy On The Road: 10 Tips For RVers

Nothing can spoil your RV travels faster than an illness or injury, which is why it’s vital to look after your health when you’re on the road. This is particularly important if you’re traveling during cold and flu season or when viral outbreaks have been reported. The following safety and health tips can help you avoid getting sidelined by sickness during your RVing adventures. 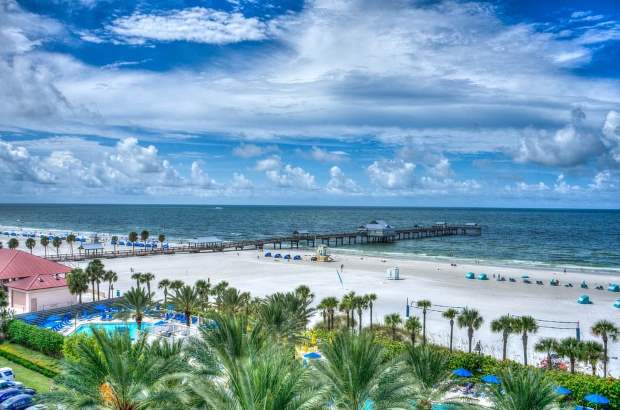 Florida offers many great vacation destinations, but Clearwater Beach has to be one of our team’s favorites. Read on to find out what this Florida summer vacation spot has to offer.